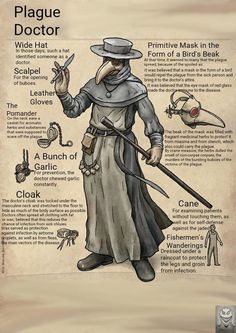 I've always been a news addict. The news these days unfolds like a biblical drama. Nation against nation and divided within themselves. Law and Order is dismissed by the evil mob as being evil in itself. And the 'leaders', bending a knee instead of standing up straight against evil. In other words they do anything they can to keep themselves in power. And the mob voting for whoever they think will give them the most, as long as the real workers (You and me) will support them. They are the WOKs, while we (the Schmocks) pay for it. Enough, you've heard my rant now let's get back to the trivia, where we belong! Shopping for toilet paper in the time of plague.
I thought I would be smart and I would avoid all the toilet paper and paper towel hysteria and order all those essentials including groceries and delicacies from Amazon. In fact I bought a Prime membership so that I could avoid all those postage charges that can sometimes be so exorbitant. Amazon accepted my order and their prices were for the most part not unreasonable. They did inform me that due to the plague, their usual prompt delivery times were difficult to maintain. I submitted a sizable order varying from canned products to cereal and various other non-perishable edibles. There was a considerable delay. Then, amazingly parts of the order began to arrive piecemeal. First a couple of boxes of cereal arrived on our doorstep. By the time we got to the door to pick it up both the truck and the driver were gone. The next day two boxes of Kellogs Fig Rolls, were deposited on the door-step, again with the disappearing driver. About ten days went by before a much bigger box appeared and this time the truck and driver awaited across the road to see us pick it up, gave us a big smile and a wave, before he went on his way. This parcel contained six cans of tuna and six cans of salmon of the same brand we usually use.
In the meantime I had run out of an obsolete type of battery that I needed and couldn't find in the local stores. I found a facsimile on Amazon, ordered it before two o'clock and received it the next day! No wonder Jeff Bezos is a multi-Zillionaire and the post office is a disaster. I frequently re-quote Ronald Reagan, "The nine most frightening words in the world are I'm from the government and I'm here to help!"
To get back to the grocery trivia, we decided we could not sustain ourselves in the manner to which we have become accustomed on Amazon.  "No man (in ancient English 'man' actually means mankind) can live on Amazon alone." So, with trembling knees, we went forth to seek bread and wine. (And fishes too, for those who understand that allegory.)

I decided we'd stay close to home for the moment and plunder our local grocery superstore, Loblaws, which normally has everything though at a rather exorbitant price. The super experts were no longer ridiculing face-masks, although they initially pooh-poohed them. My own personal expert felt that while home-made masks were not much protection, they  probably offered some some and some protection is better than none. I listen to him. As much of our Canadian protective equipment had been shipped to China by the Dope, I managed to fish out some large pure Irish linen handkerchiefs (monogrammed, of course), that I hadn't used since nineteen sixty-three, when I left the old country. I folded two of them in half into neat triangles and tied one around Irene's mouth and nose and the other around my own. Thus attired we jumped into the car and drove around to the supermarket. Although the mall was closed down apart from the pharmacy and the groceria there seemed to be plenty of cars around. I pulled into the parking lot, turned off the engine and looked at the line. Lo and behold, it stretched forth like a giant serpentine monster, its head poking pushing through the store door, its body forming an ever growing serpentiginous mass along the sidewalk, right out of the parking lot and turning north onto Richmond St., which if you go on long enough goes right to the North Pole! It took me a while to pull myself together. I took off my mask. "There's no way I'm standing in that line! Let's go somewhere else." I pulled out of the parking lot and made our way to a nice smallish classier grocery store in a little strip mall. One of those stores that are supposed to be more expensive than the megastores, but actually are not. Got dressed up as the Lone Ranger again. No crowd, no sweat, it had most of what we needed and we got home in one piece.
The following week we gave Loblaws another try and this time the lineup was manageable. Sometimes, despite the dismal decline in human behaviour generally, an event occurs which reassures one that there are still a few caring, considerate human beings around. As my poor wife was struggling to put her home-made mask on, a young woman came up to her and handed her a paper surgical mask which she took out of a plastic container.
"Here" she said with a smile, proffering the light blue mask. "I can see you're having a lot of trouble getting that done up."
"Thank you," said my wife. "We've been trying to buy some and everywhere is sold out. Let me pay you for it."
The young woman wouldn't hear of it. "You're welcome." She turned to go on her way.
"Can you tell me where you got them? I've looked all over and everyone is sold out."
"There is a little pharmacy/bookstore over by the University gates. The bookstore part is on lockdown but the pharmacy is still open. I got them yesterday and they still had plenty. People probably think the whole place is closed -maybe that is why they aren't sold out like everyone else."
We went on with our shopping expedition.  The line-up was tolerable, distances were maintained by taped lines and monitored by staff at the entry.  There were disinfectant hand washers aplenty.  As I went into he store I found I had lost my wife.  I turned around and there she was still scrubbing up like a surgeon.
"You just need to disinfect your hands," I said. "You're not meant to take a shower!"
The checkout lines and distances were well marked with overseers watching to see everyone kept their distance.
The fresh produce was plentiful, some of the canned stuff was a little sparse but there wasn't a roll of toilet paper or paper towel to be had anywhere!
Posted by Stan Smith at 22:02:00 No comments:

We were just getting used to our nice new kitchen tap and settling into an acceptable regimen, when my top right premolar, one of the few teeth I have left in that region, began to give me an occasional twinge of pain.  It mainly bothered me when I bit down on it, or exposed it to heat or cold, so with a little care I managed to cope with the discomfort without suffering too  much.  In fact, I recall that many months ago, I had informed my dentist  that the tooth was sensitive to heat and cold.